THE PSYCHOLOGY OF TIME TRAVEL. 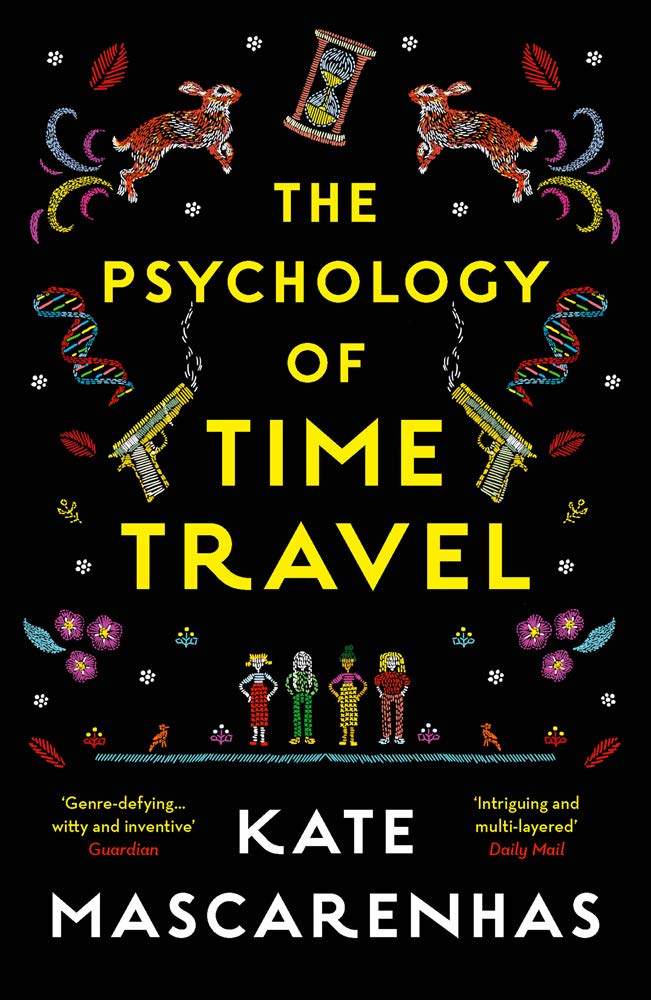 THE PSYCHOLOGY OF TIME TRAVEL by KATE MASCARENHAS.

- 1967 -
Four female scientists invent a time travel machine. But then one of them suffers a breakdown and puts the whole project in peril...

- 2017 -
Ruby knows her Granny Bee was the scientist who went mad, but they never talk about it. Until they receive a message from the future, warning of an elderly woman's violent death...

- 2018 -
Odette found the dead women at work – shot in the head, door bolted from the inside. Now she can't get her out of her mind. Who was she? And why is everyone determined to cover up her murder?
- Back cover Blurb

As soon as she stepped from a time machine, at the age of twenty-one, she felt like a ghost - what other name could be applied to a woman who walked among people born centuries after herself? To them, she should be dead.
- Memorable Moment; Page 173

MY THOUGHTS ... A reading group read, I admit I would never have chosen to read this as the concept of time travel is about as alien to me as it gets ... and especially so the kind of time travel novels in which ...

Its not that I lack imagination, its not that I'm unable to suspend disbelief. I can even accept characters travelling to Ancient Egypt/some space station of the future. I can even understand how their actions might have ramifications for their 'future' selves. Its just try as I might I cannot, cannot get my head around a character meeting his/her own self; let alone .... AGGGGHHHH! A character's 'current' self, 'younger' self and 'older' self all being in the same place at the same time.

With lots of layers to it - events that because of the non-linear format in which it is written we are often only fully privy to elsewhere in the narrative - I struggled in that I didn't feel I had a solid grip on what was happening, what had happened or what was about to happen. Arguably little to do with the author's skills (or lack thereof?) and everything to do with me but either way the result was the same ... for much of the book I was thoroughly confused.

A hybrid of what is essentially Sci-fi and a murder mystery); I'm just not convinced that this multi-genre approach will satisfy die-hard fans of either genre.

Still, a brave attempt at a book that not so much questioned the science of time travel as came at it from a very human and what I felt was an original perspective, that of the psychological effect(s) of time travel.

Posted by Felicity Grace Terry at 14:49

I've been looking forward to your review of this since I know it's not at all your cup of tea!!

I've grown to enjoy time travel stories (or time slip... not sure the difference), though I still struggle with the concept of whether it's possible in real life (didn't Einstein say he thought it was?). Just reading the opening blurb, I got a little confused, so I'm not sure if this is one for me or not.

I'm glad you made it through it and were able to take away some positives from it!

Sorry you didn't love this one. I think time travel books can often be confusing!

I find that some time travel stories can be very good. However, they can easily turn into a mess. They can get confusing or illogical. The dynamics of the time travel can also get in the way of everything else.

My favorite time travel novel is Isaac Asimov’s The End of Eternity.

I struggle with time travel stories. I find time travel too confusing and I get mixed up when I read about it. But- I enjoyed your review!
~Jess

I'm intrigued but I think there's a good chance it might make my brain hurt, lol.

great review. i wonder...what would happen if you ran into yourself...
sherry @ fundinmental

Tracy,
After reading your review and your
objections against the book, I am
not certain if I would appreciate
it. And I suspect that the hybrid
approach may also work against the
book. But as always I appreciated
your honesty.
Raven

Thank you for your honest review. I only enjoy small doses of time travel. Have a good weekend, Tracy!

I like the sound of this one, but I suspect I'd get confused with the different timelines and layers.

Maybe read something about the butterfly effect? Sounds like the author didn't quite get the concept across well. Too bad, it would have been something I would have liked.