THE BRIEF HISTORY OF THE DEAD. 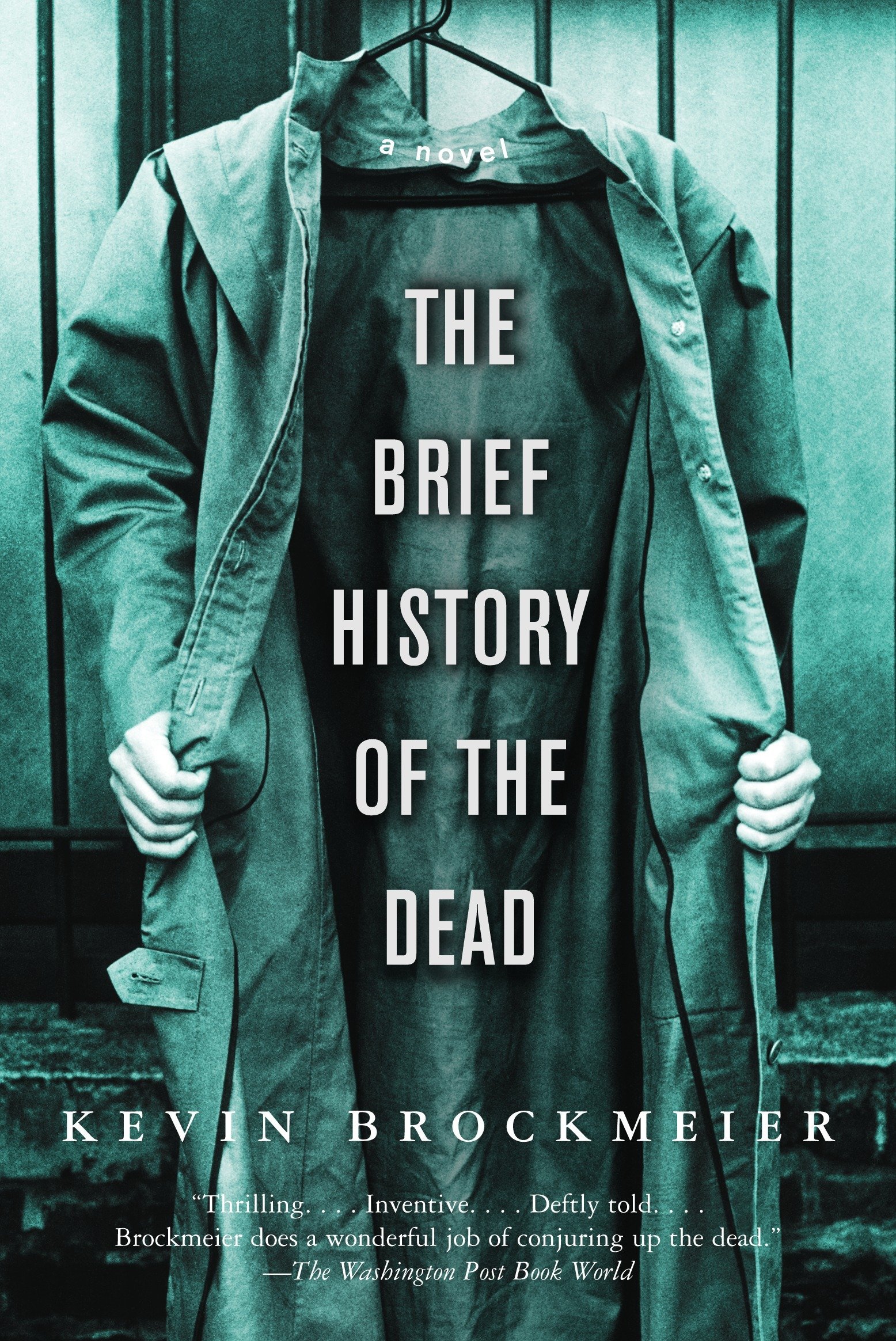 THE BRIEF HISTORY OF THE DEAD by KEVIN BROCKMEIER.


The City is inhabited by those who have departed Earth but are still remembered by the living. They will reside in this afterlife until they are completely forgotten. But the City is shrinking, and the residents clearing out. Some of the holdouts, like Luka Sims, who produces the City's only newspaper, are wondering what exactly is going on. Others, like Coleman Kinzler, believe it is the beginning of the end. Meanwhile, Laura Byrd is trapped in an Antarctic research station, her supplies are running low, her radio finds only static, and the power is failing. With little choice, Laura sets out across the ice to look for help, but time is running out. Kevin Brockmeier alternates these two storylines to create a lyrical and haunting story about love, loss and the power of memory.
- Back Cover Blurb

When the blind man arrived in the city, he claimed that he had traveled across a desert of living sand.
- First Sentence, Chapter One: The City

There was a vacated library around the corner from his building, the front door of which had been removed from its hinges and carted away by vandals at some point. While he knew that the shelves inside were mostly bare, it still seemed like the most obvious place to start. In the Archives Room, on the third floor, he found a cabinet labeled, miracle of miracles, CENSUS RECORDS - PAST FIVE YEARS.
Memorable Moment, Page 147

MY THOUGHTS ... That the dead live on in our memories is a sentiment oft used to comfort the bereaved.

That here in The Brief History Of The Dead every deceased person who we have not just loved but have known goes on to reside in The City, an afterlife (oddly reminiscent of New York) which is inhabited by those who only 'disappear' once they have been forgotten by literally everyone who ever knew them makes for a fascinating premise.

That here the departed are not giving wings, that here there are no big revelations as to the meaning of life or anything like that, that here people are as they were when alive (although on the plus side, they don't age') interesting.

What at times feels like a hybrid of fantasy and reality. That the novel features an out of control world wide virus timely and rather scary. That this virus has an impact on not only the citizens of this world but also those residing in The City in which your state of being is dependent on your being remembered (and with billions dying the chances of that are becoming increasingly less likely) oddly poignant.

A book of duel narratives played out in alternating chapters; The odd numbered chapters being the stories of a cross-section of characters now residing in The City, the even numbered chapters that of Laura trapped in an Antarctic research station, her only companions the multitude of people in her head.

Given that I enjoyed the chapters set in the afterlife so much more than I did the chapters featuring Laura which kind of reminded me of Andy Weir's The Martian  (not a book that I enjoyed) I admit I struggled to rate this novel. However overall a solid *** 'I liked it'.

SUMMED UP IN A SENTENCE ... What proved to be a unique read; thought  provoking and full of a pathos you don't often find in novels and yet it somehow failed to engage me in the way I had hoped.

My thanks to Kelly for gifting me a signed copy of the book. She had this to say about The Brief History Of The Dead in her September 2019 Book Round-Up ...

What a great story!  I’m not really sure what category it falls into:  science fiction?  fantasy?  dystopian literature?  literary fiction?  I found the writing to be beautiful and the story quite thought-provoking.  It’s not often I go back and read an ending several times over, just to ponder the message more deeply.  I think it’s one that will stay with me for quite some time.

Posted by Felicity Grace Terry at 15:44

Email ThisBlogThis!Share to TwitterShare to FacebookShare to Pinterest
Labels: A Novel (re)View, Blogging About, Science Fiction/Fantasy Fiction, Talking Of Books

Well I glad you didn't hate it... there's always that chance when sharing books with others. Interesting that you likened Laura to the character in The Martian, which, by the way, I loved.

Definitely more at play during your timeframe of reading it with the Corona Virus situation. That kind of gives me a shiver.

The plot does sound interesting. Books that take us into the afterlife are fairly rare but tend to be interesting. Philip José Farmer‘s River World Series comes to mind.

Felicity,
After Kelly included this book
for her September round-up last
year. It had already piqued my
curiosity. From what Kelly said
in her review the book sounded
interesting and thought provoking.
As well as that I appreciate your
opinion of the book. I will definitely
keep it in mind and thank you for your
excellent review.
Raven

i love a book that sticks with me and this one sound so unique i would love to read it too.
sherry @ fundinmental