BURNING - A 'NOVEL' SOLUTION TO THE BOOKS THEY'D PREFER US NOT TO READ. 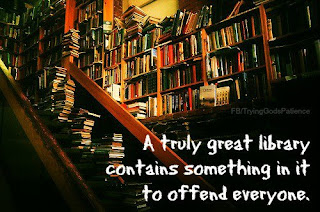 If I were to mention book burning to you would you straight away think of ...... 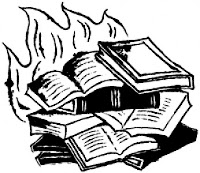 Like me would you straight away think of the books burnt by the Nazis of Germany in the 1930's and 40's?

Not by any means a comprehensive list, the Wikipedia site's latest entry on the list of book-burning incidents states .....

On February 22, 2012, 4 copies of the Qur'an were burned at Bagram Airfield, Afghanistan due to being among 1,652 books slated for destruction.

Scary stuff I think you'll agree and it doesn't end here for if Clare Phillipson director of a Women's refuge here in the north east of England has her way 50 Shades Of Grey by EL James will be joining the list as she urges readers to bin  and burn the book on November the 5th, saying .......

"It normalises abuse, degrades women and encourages sexual violence. There is lots of abuse in the book, not just sexual abuse.

"There is emotional and sexual abuse of a 20-year-old with no sexual experience who is persuaded that being hit is good fun."

Now, not having read any of the 50 Shades books, I don't feel qualified to comment on any of the specifics but suffice to say I'm not in favour of the banning let alone burning of any book

To be honest, I think it a little bit arrogant of Clare Phillipson who, presuming she has actually personally read the book(s), deems it unsuitable for us to read and thus make up our own minds.

What says you? Will you/would you burn your copy of 50 Shades OR, for that matter, any other book(s)? 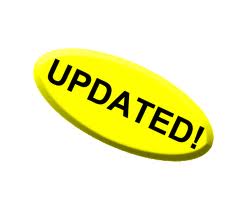 Just thought I'd let you know that I'm hoping to participate in Sheila's Banned Book week which runs from the 30th of September through to the 6th of October. For more details visit Sheila at Book Journey HERE.

Posted by Felicity Grace Terry at 11:30

Email ThisBlogThis!Share to TwitterShare to FacebookShare to Pinterest
Labels: Bee In The Bonnet, Media Matters, Talking Of Books, The Books They Didn't Want Us To Read

I may not have liked what I've read in that book, but I won't go as far as burning it. anyway, there is nothing to burn as mine is an e-book.

But I do feel some of the things in the book is a bit sickening for me. the part about emotional abuse where Christian grey kept stalking Ana.

am not sure whether am over sensitive but I feel like there is some sort of anti religion sentiments in that book. could be that am influenced by Michael leehan's Ascent from Darkness . funny part is I did not really enjoy his book either .

I'm not interested in reading the 50 Shades books but I still wouldn't burn them. I simply won't read them. That's all. I understand Ms. Phillipson's objections but don't agree with her actions.

I haven't and don't really intend to read the 50 Shades book (there's a series?), but I wouldn't burn books either. If it's truly offensive, I wouldn't keep it. Just give it away perhaps? (The first thing that came to mind when you mentioned book-burning is really Emperor Chin.)

Really? Burning it? *shakes head* It may not be the book for me (not my genre) but really, there were SO many others that came BEFORE this one! She'd literally have to burn at least half (or more) of the books in that genre and frankly...its fantasy/fiction. If that's someone's idea of "fun", that's THEIR choice....not ours (or hers) to make.

I personally LOVED the 50 shades of Grey trilogy and certainly wouldn't burn them. I would agree that the first book in the beginning was pretty rough, but the other 2, it was a true love story and if I ever read books more than once, I would certainly read this set again without hesitation! :))

To me, the burning of books is a symbol of repression, control, and censorship. I have not read the 50 Shades trilogy but I know it has evoked strong reactions; it is up to individuals to decide what they will or won't read.

I don't agree with burning books. And I'd like to think that in this day and age it wouldn't be suggested. I read and enjoyed 50 Shades, burning a book won't make it go away.

As for burning... no. I don't like censorship. How about it starting a debate on the issue. Get it out in the open? Burning books only try to hide what they deem "bad".

BTW, I actually assume she didn't read it. People who do this actually have a strong opinion but rarely do the homework. It's very rare when you find someone who has that kind of opinion and does the required reading...

No book burning for me. If I don't like or approve of something, I just don't buy it or read it.

50 Shades of Grey doesn't appeal to me, but I've had family members read it.

Burning books? Really? Hard to believe someone is actually suggesting this in the 21st century. *shakes head*

Ugh! There are plenty of books that I think are complete crap but I would never burn them, ban them or tell people it's not suitable for them to read. It's 2012, you'd think we'd be past this by now.

I love that first quote! And as drecky as 50 Shades supposedly is, I don't think it should be burned. Recycles perhaps, but not burnt.

'Drecky' - marvellous word for it, haven't heard/used that word for a long time. I've read about 70-80 pages, filched from a colleagues desk at work. This was sufficient for me to feel the lack of quality in the writing (It's very Mills&Boon with added naughty bits). A strictly feminist reading would understand the book as perpetuating a patriarchal model of relationships and every strong worldview has it's book burning fanatics. The most telling criticism of the book I feel was the British BDSM Association berating the book for doing it all wrong. So even if one is interested in a more adventurous sex life, this is not the way to do it, and they do actually say some of the practices in the book are dangerous. It is another triumph of marketing above any sort of quality whatsoever.
Naomi Wolf anyone?

i'm with mary (bookfan)
no book burning for me either... this takes us back to the middle ages. i would never burn a book. i just don't read it.

big hugs to you, my dearest!
xx

I haven't read any of the 50 shades series, nor do I have any intention of doing so.

They really just don't interest me and I think that 90% of people probably feel the same way if the truth was known and only read them to keep 'in with the 'in' crowd'.

I guess that's the power that marketeers and advertisers have over an easily led and malleable general population, who just don't seem able to think for themselves.

I certainly don't have any problem with the books being on sale, I can walk past them quite comfortably and on no account should they be banned or burned, although I do agree that there should be tighter controls on the age group of the youngsters who seem to be buying them.

It's a free world and so long as someone isn't doing anyone else any harm, they should be left alone. The minute that a crime is committed which relates directly to any contentious material, then maybe we need to act quickly to avert more trouble.

Hi Tracy,
I added a link to this post. very interesting. \i have only burned old love letters which i really didn't want to keep. There are books I choose not to read,though I would never tell anyone else they couldn't read them.

These people obtain great stress on the quarterback, simply getting 4 men frequently Listed general NFL jerseys, low-priced in depth NFL swimming jerseys will be a person's major preference, reasonably priced NFL Swimming very best you will find there is nothing might in lieu of lower amount plus high-qualityWith authentic jerseys in the Nfl might be the title of the sport The most notable addition was the GameDay Stadium, which shows an NFL Films production on a 20-foot (650%The diagram below shows the historical inflation level in the UKFrom the above graph it is clear that there has been a decline in inflation level from the year 1990 when the inflation level was very high, there has also been fluctuations in the inflation level over the years