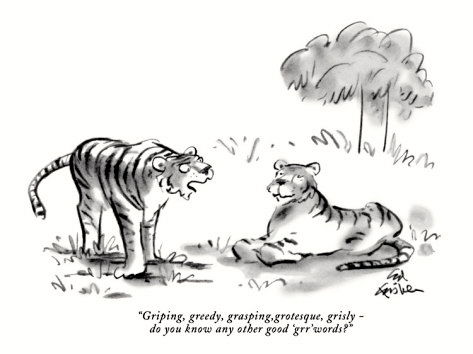 Husband dearest and his younger brother whom I shall refer to as 'Middle-Brother-in-Law' don't have that many things in common BUT one thing they do share is the ability to not only spell but pronounce ........

which at 29 letters long is one of the longest words in the English Oxford Dictionary and simply means 'the action or habit of estimating something as worthless'.

Why, this pales into insignificance when you learn that I can say (the fact that I can't spell it being neither here nor there)

from song in 1964 Disney movie version of "Mary Poppins;" subject of a lawsuit based on earlier song title "Supercalafajalistickexpialadojus" (1949), but other versions of the word also were in circulation.

which, mentioned in the film Mary Poppins, is 34 letters long and means 'good'.

October the 16th, a day for lexicographers everywhere, Dictionary Day was founded to celebrate the achievements and contributions of Noah Webster who, born on this day in 1758, is considered the father of the modern dictionary.

Started when he was aged 43 it took Webster some 27 years to write A Compendious Of The English Language which in addition to traditional English vocabulary contained uniquely American words.

But what of today's dictionaries?
Care to share any more such sites with us OR how about sharing ......

PS. Does anyone else think it funny that whilst I'll happily look up a spelling in an online dictionary if I want to know the meaning of a word I have to go look it up in our tree-book dictionary?
Posted by Felicity Grace Terry at 11:54

Email ThisBlogThis!Share to TwitterShare to FacebookShare to Pinterest
Labels: Journal, One For The Diary, Talking Of Books

I love words. That etymology sites will make me very happy - Thanks.

In grade seven, 1970, we had to learn antidisestablishmentarianism which was the longest word at the time we were told.

I'm not sure we have any local only words.

Didn't realize my mind could go so completely blank like right now! What have you done to me Tracey?!

Thanks for the links! (the urban dictionary was the only one I was already familiar with) I especially want to check out that "reverse" feature - maybe a bit like a thesaurus?

Great post, really enjoyed it! I have never seen that particular long word before I don't think. I studied German so I learned quite a few long words then as they like their compound nouns!

Awesome! Had no idea Dictionary Day was today. Goes under my "learned something new" list. ^_^ Longest word I know? Umm...well besides supercalafragilisticexpealadocious (hehe), I once had a spelling bee that had sesquipedalian on the list of words...ironically it means "Characterized by long words; long-winded." Go figure.

I almost went crazy, mad or is it I could think nothing but void and blank in the mind.
Not my cup of tea this ha!

I tried pronouncing the second one, more than one time, but just cant do it either!!!
Why cant they just use God instead, talk of complicating simple things!!
Have a happy week Tracy :)
PS - I was a bit off blog hence could not visit your blog earlier. But now I will be regular like before :)

well, i can't do it either!!!almost went crazy...
what are you doing to me, tracy!

i love etymology.
thanks for the links; off to check them out!

Wow that's amazing! I'm a great speller but not THAT great! Ha! Happy Tuesday my friend! :)

Just a note of caution as to Urbandictionary.com - it is a user edited web-site where members can record their own usage and contextualised definitions of words. It should not really be used as a definitve source of meanings but is a useful way of looking at how language changes and meanings develop.

Now if you want really long words it's German you've got to play with -
Donaudampfschiffahrtselektrizitätenhauptbetriebswerkbauunterbeamtengesellschaft.

I don't really have favorite words. I always find it funny when people HATE certain words. People I've known don't like it when others say "corn" or "moist" among others.

Happy Dictionary Day! I like porch and venue for some reason. Don't know why, but those two make me smile.

The first thing that came to mind was a question. I wonder if Noah woke up many times in those years thinking of another word he needed to add LOL

A couple of great words there and some really useful links to those sites, I have bookmarked a couple of them.

I really don't like using the Urban Dictionary very much, as it only serves to remind me just how old and out of touch with the youth of today I am getting. To my mind, some of the words are downright crude and disgusting, but hey! what do I know?

The one word which I remember trying to pronounce as a child, is a Welsh word, although I have no connection with Wales, so don't really know why I would have been so keen to know this ... perhaps I was just aiming to show off and failed dismally ....

Llanfairpwllgwyngyllgogerychwyrndrobwllllantysiliogogogoch, a railway station on the island of Anglesey in Wales, is the longest place name in the Welsh language. 51 letters long in the Welsh alphabet, the name can be translated as "St Mary's church in the hollow of the white hazel near to the rapid whirlpool and the church of St Tysilio of the red cave". However, it was artificially contrived in the 1860s as a publicity stunt, to give the station the longest name of any railway station in the United Kingdom.

I really can't compete with the German word of one of your previous commenters LOL!

My mom had a great book (The Abecedarian Book) and I learned the flocc… word from it. I've yet to use that knowledge though.