WHISPER OF THE LOTUS. 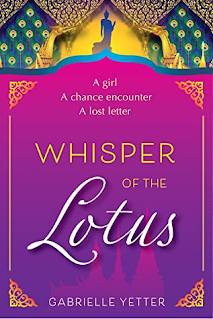 WHISPER OF THE LOTUS by GABRIELLE YETTER.

Sometimes you have to go a long way from home to discover what was right in front of you.

Charlotte Fontaine's dead-end life lacked excitement so she impulsively booked a flight to Cambodia to visit her best friend.

She never imagined that sitting on a plane, struggling with her fear of flying, might lead a chance encounter with Rashid, an old man whose tragic secret would take her on a mystery tour of discovery.

In a land of golden temples, orange-clad monks, and smiling people, Charlotte discovers nothing is as she'd expected. She also never imagined the journey would take her back to the night when her father walked out on the family.

And who was Rashid? Was he just a kindly old man, or was there something deeper sewn into the exquisite fabric of his life?

Charlotte shook her head. 'Something's wrong.' She zoomed in on the photo with her fingers. The tuk-tuk driver was visible, as were people on the street and vehicles driving by. In the background, a bicycle leaned against the wall next to restaurant. But no Rashid. 'He was there,' she wailed. 'I know he was.' She flipped through the pictures again. 'Did I delete it? Am I going mad?' {Memorable Moment, Page 287}

MY THOUGHTS ... A wonderfully descriptive journey of a read that took its readers from London to Cambodia ✔️ That I got to immerse myself in a different culture and learn something of the teachings of Buddhism something I relished, that the author explored both sides of Cambodia, its darker sides as well as its beauty something I found refreshing.

Wonderfully memorable characters and oh! the relationships ✔️ Main as well as secondary, the same love was obviously felt for the creation of all the characters and it showed.

I loved seeing the journey Charlotte went on as she bloomed from a fearful, angry young woman. Her relationship with her narcissistic mother, one that I could all too readily relate too, her relationship with her best friend from childhood and her seemingly polar opposite, Roxy, delightful. Then there were all the relationships formed whilst Charlotte was in Cambodia, that with the women rescued from being trafficked, that with Tuk-Tuk driver, SomOn, that with Buddhist monk, Samnang; all of them (and many more) with their own stories waiting to be told.

Has a mysterious element with twists and turns a plenty ✔️ Just who is Rashid, the elderly man Charlotte encounters on her flight from Heathrow to Cambodia and why is it that every time she thinks she has seen him out of the corner of her eye he simply isn't there ? I think it fair to say that the answer was one I didn't see coming despite the fact that on hindsight the clues were all there.

Featuring pretty much every aspect that makes a book a good read for me, it may well only be April but I'm confident that come the end of the year I'll still be able to say that Whisper of The Lotus is one of my favourite reads discovered in 2021. 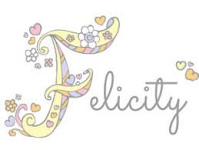 Posted by Felicity Grace Terry at 17:39

Oh, that's great, Felicity! Your enthusiasm for this book is palpable. Terrific review, as usual.

Felicity,
Everything what you said about this
book piqued my curiosity: the memorable
characters, Charlotte's growth, the
relationships, learning about a different
culture and also about Buddhism. And it
sounds like a very interesting and compelling
book which I will add to my list.
Thank you for your enthusiastic and excellent
review.
Raven

This sounds like a lovely read. Thanks for sharing!

What a beautiful and thoughtfully structured review. It is just so obvious how much you enjoyed this intriguing story, with its rich characters and scenery.

I wish this one had been made available on NetGalley, as I really want to read it, but at present it is just too expensive on Amazon to contemplate, when I already have so many books waiting to be read.

I shall definitely be keeping my eyes open for a copy though, I certainly won't forget about it, it sounds just too good! Thanks for sharing!

Have a good weekend and I hope that you are both well :)

Thank you for your lovely words. Having lived in Cambodia almost four years, I describe the sights, smells, and sounds of the country as they are etched in my mind and heart. Charlotte has a little of me in her, and the Buddhism and spirituality have become a special part of my life.
For the first 57 days after launching Whisper of the Lotus, I donated all proceeds to an anti-trafficking organization based in Cambodia and my intent is to draw attention to this beautiful, challenged part of the world and take my readers on a journey there with me.
Why 57 days? You'll have to read the book to find out. :-)

Thank you for your kind words, Yvonne. Unfortunately the cost of being on NetGalley is prohibitive for an indie publisher so I hope you are able to find a way to read my book. It came about after I spent almost four years living in Cambodia and fell in love with the country and the beautiful people. I'd love to share the journey with you.
Best,
Gabrielle

I would enjoy this book. Cambodia is full of culture.