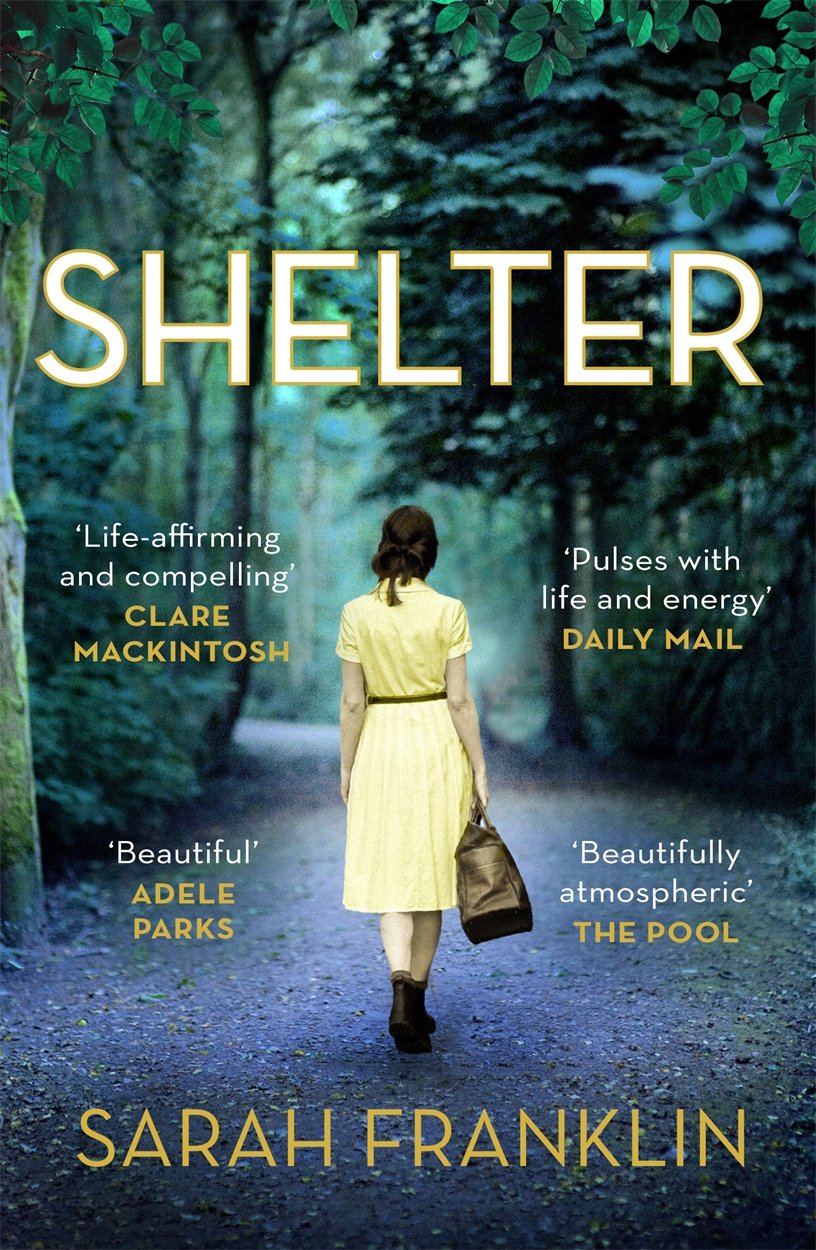 
Spring 1944. As war threatens even the most remote English communities, a trainee lumberjill and an Italian Prisoner of War form a friendship in the Forest of Dean.

Both are outsiders. both are in desperate, unspoken need.

Connie Granger arrived in the ancient forest alone. Fleeing tragedy in her devastated city, she hopes the Women's Timber Corps will give her a place of safety, and a place to protect the secret she carries.

Seppe is haunted by his memories of combat and loss but is surprised to find a certain liberty in his new surroundings.

They discover in each other a means to start again, to find a home. But Connie knows she cannot stay - and soon she must make a life-defining choice ...

But is the price Connie must pay for her freedom too great?

Connie stuck out her tongue at the face gurning at her from the faded looking glass on the tallboy.
- First Sentence; Forest of Dean, Gloucestershire: May 1944

The whole forest hissed with icy rain; even the birds were drowned out, and they must be half-frozen. Here they all were, almost Christmas, and Connie's boots squeaked each time she jammed her chillblains into them, the laces sopping and refusing to budge when she fumbled at them with stiff fingers.
Random Moment, Page 297

MY THOUGHTS ... What I thought to be an OK read; enjoyable enough but nothing special, the alternating points of view and the shifting from the past to the present doing nothing to enhance the book.

In many ways typical of its genre, however, doubtlessly a convincing new angle in what is after all a saturated market, what set Shelter apart for me was ...

Whilst books of this type typically see the city dwelling female protagonists either nursing in a rehabilitation hospital (often a stately home 'converted' for that purpose) OR nursing in a makeshift hospital near the front (quite often France) OR part of the war effort working in a munitions factory in their bombed home town OR city lasses who find themselves land girls working with the Women's Land Army. Shelter is refreshingly different in that the female lead (Connie) finds herself a 'timberjill' with the little known (and even lesser written about) Women's Timber Corps.

Set in the Forest of Dean. The forest setting once again a refreshing change from the  locations in which books of this genre are typically set. In many ways it is this landscape, beautifully brought to life and incredibly evocative; the  smell of the freshly sawn trees, the feel of the earth beneath my feet strong in my mind, that was the star of the book for me.

Each of their stories slowly unfolding, the afore mentioned Connie, multifaceted; a strong woman who isn't afraid to speak her mind and certainly isn't afraid of hard graft and yet conflicted. A fan of strong, feisty female characters, on the face of it I should have really liked her but I'm afraid for me she failed to come alive.

Now Seppe, Seppe despite (or maybe because of) the lengthy often melodramatic introspection I found a much easier character to both like and just as importantly, his pain palpable, relate to.

Historical fiction that is that bit different I'll give you but .... ‘One of the year's hottest debuts’? Hmm!

Posted by Felicity Grace Terry at 12:41

I've never come across the WTC in the many WWII historical fiction books I've read so this is one for my TBR list. Thanks for sharing about it.

Hmm...sounds curious...but I agree, I'm not getting that "hottest" feel from it. Still, it had merit. Thanks for sharing!

Sounds interesting. I did a little searching around. There are a couple of non fiction history books about The Women’s Timber Corps. However, they seem difficult to come by. I seriously think that they would be interesting to read also.

I've never heard of the Women's Timber Corps. Interesting! The setting sounds good, but based on your overall review, I don't feel the need to add this one to my TBR pile yet. I still have a few other WWII books there I need to get to first.

Tracy,
After reading your review,
I hesitate about this book.
And thank you for your honest
and excellent review.
Raven

I like that this book explores something unfamiliar but I'm not sure it's for me.

I'm sorry that you didn't enjoy this particular 'comfort' read, but as always, I admired your thoughtful review.

It wouldn't do if we raved about every single book we opened the cover on, and I think it beholds authors to be able to take the good reviews with the not so enthusiastic, so long as they are not offensive, which yours certainly never are!

I had no idea there was such a thing as the WTC, so there has been a slight delay in my reply whilst I consulted the pages of Google to find out more about it.

When I recently read a book title 'The Victory Garden', I had no idea that this too was a true war time concept and I always have great fun researching anything new to me, although it can be a bit of a time-waster!

I shall probably be adding this one to my list, as I am quite intrigued by the premise, so thanks for sharing :)

This does sound different, and I love WWII settings.

This sounds interesting though.

Tracy,
I didn't know about (this) WTC either. Thank you for sharing several honest thoughts about this historical novel and some of its characters.

Well at least you still enjoyed it even if it didn't wow you. Not sure if it is for me, but I might give it a go one day.