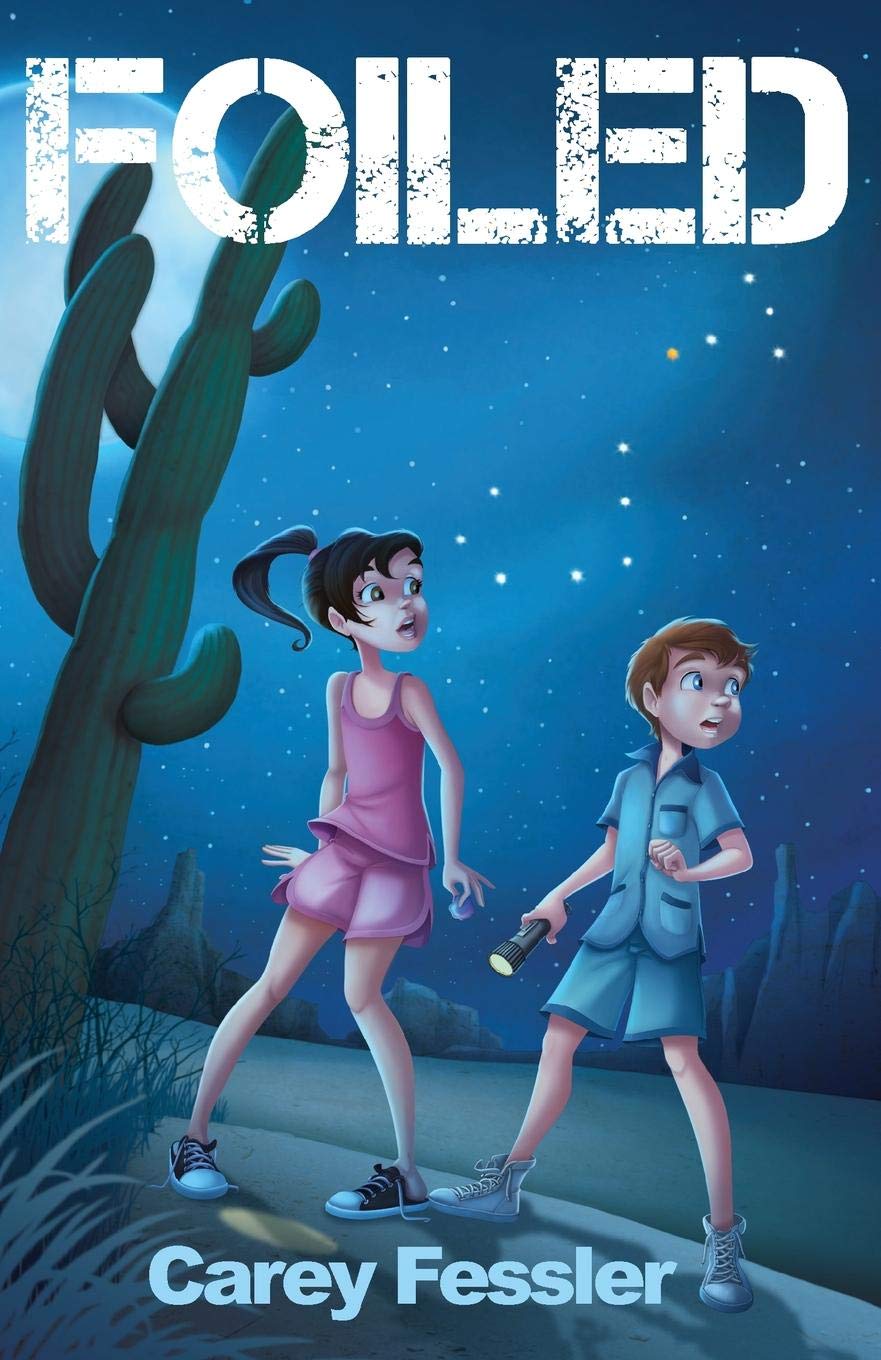 It’s 1947 on a U.S. Army base near Roswell, New Mexico, and eleven-year-old Kate’s friend and neighbor, Billy, shows her a secret.

A CIA agent arrives at Billy’s house, to recover the Top Secret items, and threatens the family, warning them to never talk about the incident—ever!

Special Agent Falco informs them of their sudden reassignment to Germany. Billy, not wanting to move to Germany or return his treasures, begs Kate for help. Feisty and fiercely loyal, she agrees to hide him.

Thus begins a most unusual road trip in which the two friends use their wits, their knowledge of the terrain and geography around the base, and sheer determination to evade capture. Kate must also reach her grandfather, more than two hundred miles away, and warn him of a dangerous threat … to anyone involved. Their race has begun, and there’s no turning back.
- Back Cover Blurb

Kate Cooper's issue with Billy Thompson was simple; He had a big secret and she just had to know what it was.
- First Sentence; Chapter 1

She grabbed under the arms and pulled. He didn't budge. She tried again. "Ugh!" She couldn't move him. Gritting her teeth, she pulled harder and harder. She fought through the pain shooting through her arm. Stars flashed in her vision.
He groaned.
- Memorable Moment; Page 224

MY THOUGHTS ... 1947, Roswell, CIA Agents, two eleven year olds on the run with what is seemingly some technology that is out of this world? Well, this promised to be a very different kind of read.

Set in 1940's America. I enjoyed the setting of this novel which proved to be an exciting adventurous road trip, the historical element setting it apart as something different.

What I thought of as just right for its targeted audience of mid-grade readers (though that isn't to say older readers won't enjoy it, I know I did) and written to appeal to boys and girls alike.

Grandpa aside, I didn't necessarily like how the 'grown up's' were portrayed, Falco to my (adult) mind coming across as a bit of a pantomime villain but then I can see that appealing to younger minds.

The 'banter' of its young protagonists believable (a big thumbs up to the author, its not an easy task getting into the head of 11 year olds); the action though thrilling, fast paced and adventure filled more or less from the off gaining momentum as the story progressed.

I had worried the 'tweenager' with whom I shared the book might find it a bit, well, tame instead of which, enjoying that Kate and Billy had to rely on their wits (and pay phones which they were a bit astounded by) rather than mobile phones and social media etc, they declared it 'epic'.

Posted by Felicity Grace Terry at 15:56

I'm not often truly tempted (as in, I'm going to put this on my wish list) by the YA books you review, but you had me at "Roswell" with this one! It sounds like a great story! In fact... I'm off to add it to my list right now.

It is striking just how much Roswell has become part of our society’s mythology. There are so many literary and media connections to it. I guess the next generation will continue to be fascinated by it.

Tracy,
Like you, I appreciate strong female
characters and Kate sounds like a character
which I would appreciate. As does Billy.
What you shared about their friendship, the
road trip and the historical setting definitely
piqued my curiosity. And I will add the book
to my list. And thank you for your excellent
review.
Raven

Aww, this sounds and looks good! Thanks for sharing!

Glad you enjoyed this one, it sounds good and so does the 1940's setting.

This sounds like a fun adventure. I haven't read any MG or YA books about Roswell- so that intrigues me. I also loved that the tweens you shared it with loved it as well. YAY! :) Thanks for sharing.
~Jess

I never get enough time to venture into the world of YA fiction and my great nieces and nephews are still a bit too young to read for themselves.

It seems as though the YA audience are also not very adventurous either (at least those are my observations from the books I sell in the shop). Enid Blyton, Roald Dahl and the Horrid Henry series, still steal the shelf space and are the best sellers!

Roswell is quite an interesting setting for a YA book, especially as Billy and Kate are actually involved in some of its secrets! They sound like a couple of very feisty and self sufficient characters, whilst Special Agent Falco sounds like a bit of a bully and obviously not used to dealing with children.

Thanks for sharing and I am pleased that both generations enjoyed the read :)

Roswell, technology and using your wits..I love it!

As a book writer I am always fascinated by book review sites. I admire the time you take and wonder how you fit everything into your schedule. I will say they have jumpstarted my love of reading again. I force myself to read 15 minutes a day. And by “force” I simply mean not work on all the other things that are going on in my life. Translation: I must surrender that I can’t control the universe LOL .Reading is such a beautiful way to reset, be encouraged, learn and not think about things I can’t change. Thank you for being some of the websites that get me to do what I love most❤️ ( found you through Bookworm)

great cover and it looks like a fun read.
sherry @ fundinmental