Are we sitting comfortably? Have you whatever it is you normally drink at this time of the day/night to hand?

Good. Then I'll begin with what I suspect may be a longer than usual review. 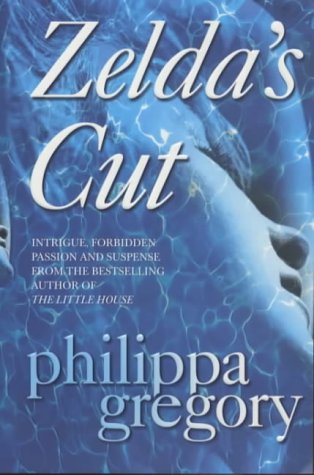 Isobel Latimer is trapped: by her need to be a good woman, by massive secret debt, and by the burden of impeccable literary reputation. Everyone wants a cut of her talent, her time or her money, but only she knows there's nothing left to give. In desperation, Isobel and her agent, Troy, conspire to create a shameless blockbuster with an author to match. Zelda is born.

Zelda can do everything that Isobel cannot: the unspeakable is said, taboos are broken and desires are unleashed. Troy revels in the wildness, but Isobel senses menace behind the beautiful mask, and she longs for the safety of her husband and home. But when she returns, the familiar has changed ...
- Back Cover Blurb

The question between them, being unresolvable, remained unresolved.
- First Sentence

Too many to mention; most memorable for how bad I thought them. See 'Full Of Weird Metaphors' below for two of my 'favourites'. TT
- Memorable Moment, Page 132

SOURCE ... Off our shelves.

With all six categories now read, this completes this year's challenge.

In a nutshell, the story, Isobel, a successful (and I quote) literary author, who having discovered her writing is not paying the bills and with an ill husband to care for, is persuaded to write a 'trashy' novel. However, ashamed to have her loyal readers associate 'that kind of novel' with her and unwilling to use a nom de plume, a whole new persona is needed and thus Zelda is born.

What I thought of as badly and lazily written ...


'she unfolded like a lap-dancer coming out of a cake';
'heavy-jowled businessmen stared at her as if she was a desert trolley'

As for those of you who have read it ...

Reading this, this .... drivel, I can't help but think that Ms Gregory has pulled off something of a Zelda herself. Hats off to her, if it was her intention to prove she could write a 'trashy' novel, she certainly succeeded. My apologies if however, she, like Isobel, is feeling trapped by 'the burden of impeccable literary reputation'; that 'everyone wants a cut of her talent, her time or her money.'

Having now read all of the author's books (bar her short stories) to date, I think it safe to say that her historical fiction novels are by far more to my taste. That I finished this book, more a reflection on my being stubborn, on my refusing to give up on a book (no mater how bad I thought it) than my in any way having enjoyed it.

Posted by Felicity Grace Terry at 15:40

Oh, my. Well you've certainly put me off this one. Do you wonder if, perhaps, she really didn't write it? It sounds so totally different from her other work. (but then you'd think she wouldn't want her name associated with it, so maybe not....)

At least you finished the book and, therefore, finished the WIAN challenge. Well done on that. I, too, had my final review for the challenge yesterday - also a Philippa Gregory book! (but a GOOD one)

Wow. You usually don't dislike a book this much. Those were some rather strange metaphors. Hope the next book you read is more satisfying.

I had thought that Kelly but as you say I too thought its not something she would want her name associated with if it wasn't her writing. Having read some of her more modern stuff it is different to her historical stuff but even so ...

Oh dear, I hope I wasn't too OTT Sherry. I can usually find something that redeems a book but I genuinely struggled to do so with this one.

This sounds awful. I think that the premise could have been made to work in the right hands. I guess that this is s change of pace for this author. Sometimes these things just do not work out.

Yikes! Sorry this didn't work for you.

Oh hear. I guess I'll be skipping this one.

Tracy,
I am sorry that this book was so
awful, and thank you for your
very honest and critical review.
But congratulations on having
completed the What's In A Name
challenge.
Raven