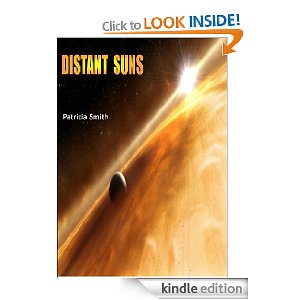 Available from Amazon on Kindle.

Two astronomers discover a cloud of hydrogen, the size of the asteroid belt, approaching the Solar System and realize it is on a collision course with Earth. At a high-ranking meeting to discuss their findings they are sworn to secrecy. It isn’t long though, before their young, but brilliant, apprentice, Lauren, discovers the impending catastrophe. As the true horror of Earth’s future eventually becomes apparent, she must make a decision which will turn her world upside down...
A runaway global warming crisis revolves around more horrific problems which emerge due to the birth of another sun in our Solar System. Distant Suns is a heart-wrenching, apocalyptic, thriller about love, self-sacrifice and the human ability to adapt and survive in the face of impending extinction.If you have an interest in astronomy, like drama with a good dash of excitement and enjoy science fiction, which takes place in the present, but is not too deeply immersed in the genre – then this is the novel for you.
....... Product description, Amazon.

Reading a worthwhile prolepsis on global warming is a slightly chilling prospect, particularly when the outcomes are described so neatly and brought forward from a distant, possibly, maybe, into the foreseeable next four years.

A stellar explosion, physically far removed from earth, leads to a chain of events within our own solar system that strips the earth of its atmosphere in more rapid fashion that any contrivance of human beings is achieving at the moment. The story unfolds through the four years in a series of vignettes from around the world. From the astronomers who first make the observations, to the children, scientists and engineers, who embody the future hope of humanity, we see and feel the emotional, political and tangible responses of beings that experience not only personal tragedy but the possible extinction of their species.

I enjoyed reading both the dialogue rich scenes of the characters struggling with a now imminent uncertainty, interspersed with the science scenes of astral happenings and the unfolding effects of a planet being slowly stripped of the atmosphere that gave it life. The science is wholly credible and the characters express beautifully the sadness, joy and hope which lies in the gaps in between those extremes of emotion as the hope that lies in the distances between the stars.

Disclaimer: Whilst Patricia is a friend and colleague this had no bearing on my review. 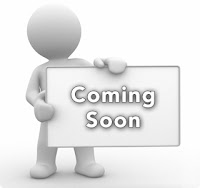 A first for Pen and Paper, I'm hoping to have an author interview with Patricia in the near future. Any questions you have for her will be gratefully accepted.

Posted by Felicity Grace Terry at 12:23

This sounds like a gripping read and food for thought. Stories like this interest me and scare me as well. Nice review by Mr. Petty. I look forward to the author interview. I do wonder what type of research goes into a book like this.

Wow...sounds intense. Not certain it's be my cup of tea....but a few friends might enjoy it. Thanks for the share!

Sounds a little scary, really. Fascinating concept, though. I bet the characters show a wide range in how they deal with the catastrophe.

Well, DH did a great job! I am not much of a science girl but I am very intrigued by this book. I will add it to my ever growing list. And I hope you do get the interview -- very cool!

I can see how the science can easily take over this tale. Looks like it didn't in this case. It only enhanced it. Oh that makes it sound so much more interesting!

distant Suns...First thing that came to my mind was that it about a celestial event.
Hope you would have a good interview session.

1how exciting! i look forward to the author interview.

2that sounds like an interesting book. i am much of a science girl you know.