SO YOU THINK NOTHING TASTES AS GOOD AS SKINNY FEELS? 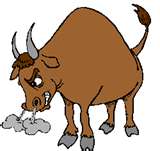 Aggggggghhhhhhhhhh.
I was annoyed and saddened before but now I'm even more so.
With a recent survey claiming that over 50% of girls aged 12 living here in the UK had been on a diet, I then read about this book.......

Maggie Goes On A Diet by Paul Krammer.
Set to go on sale this October, Maggie Goes On A Diet is aimed at six-to-twelve-year-olds according to Barnes And Noble, four-to-eight year-olds according to Amazon.
Written and self-publicised by Hawaii-based author Paul Kramer, the book tells the story of Maggie, a heavily 14-year-old girl who becomes a school football star after losing weight.
The book description?
'This book is about a 14 year old girl who goes on a diet and is transformed from being extremely overweight and insecure to a normal sized girl who becomes the school soccer star.
'Through time, exercise and hard work, Maggie becomes more and more confident and develops a positive self image.'
Now I'm just as concerned about the number of children with eating disorders as the next person but I'm totally outraged by even the idea of a book of this sort being aimed at children aged as young as four.
Yes, yes, I know, I haven't read the book and I'm against the banning of books BUT in this instance  I confess that I find myself wondering why reputable booksellers such as Barnes And Noble and, Amazon are stocking it and am not at all surprised that Amazon.co.uk customers are saying (and I quote)........
This book is an abomination!
Please withdraw this book from sale Amazon
(click on above links to join the discussion)
So what says you?
Before you answer you might be interested to know that it was only recently that our Advertising Standards Authority banned the children's clothing website Zazzle.co.uk from stocking girls T-shirts carrying the slogan .......
"Nothing tastes as good as skinny feels"
Doesn't it then seem bizarre that this book will be hitting the shelves in a matter of months?
Posted by Felicity Grace Terry at 10:47

Email ThisBlogThis!Share to TwitterShare to FacebookShare to Pinterest
Labels: Bee In The Bonnet, Talking Of Books

OMG, this is messed up. WTF is up with that quote "Nothing tastes as good as skinny feels". I really hope that nobody buys that book!

What all books come out. Wonder what happen to the children sigh...

There is no jingle like the jingle of the cash box , right?
and the stocks soaring.

This just isn't right. Little girls shouldn't even know what a diet is, much less be encouraged to lose weight! And what the heck is "normal sized" anyway? I'm against book banning as well, but sincerely hope that no one buys this book!

'transformed from being extremely overweight and insecure to a normal sized girl'<-WTH???
This is awful. What a terrible message this book is promoting.
So being overweight isn't normal?

Every time I read about this book I get more annoyed. There are definitely better ways to address children's health than to get four-to-six-year old girls worrying about their weight!

My Gallery of Worlds said...

Appalling!!! As a mother of 4 daughters, this shocks me ;<

This feels wrong in so many ways and I find it quite disturbing. I like the comment above changing the slogan to "healthy" rather than skinny.

I do have a problem with the title, so likely with the book. Doesn't mean that this shouldn't be addressed, but in a much more sensitive way. I don't like banning either, but girls are at such an impressionable age at 12 and younger. Besides, guys don't like skinny. ;D

And that cover is horrible.

(Diane) Bibliophile By the Sea said...

Once you hit 50, many of us can thinks of lots of things that taste way better than skinny feels...LOL

I would really have to read it first before passing judgement but my first reaction is "Oh no."

Wow...that is a bit extreme. Children at that age are really still taking their cues from their parents so perhaps a book aimed at helping them develop their children's appetites food wise and activity wise would be a better approach. Just my two cents.

I disagree. People's eating habits are formed when they are young. Also, studies show that the development of fat cells in childhood leads to weight problems later in life. An overweight kid is an unhealthy kid. Teaching them to eat well and avoid sugar will have big payoffs down the road. Their parents shouldn't have to read a book to know that they need to cut back on the cinnamon buns and not keep candy around the house. A lot of people will have an ulterior motive in rejecting this book...it would require them to eat better too.