Please Note ... The 'First Sentence' contains what some might consider offensive language, please scroll over to hi-light the text should you wish to read it. TT 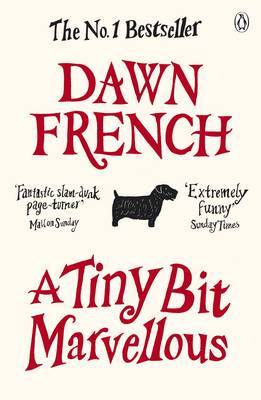 Everyone hates the perfect family.
So you'll love the Battles.

Meet Mo Battle, about to turn 50 and mum to two helpless, hormonal teenagers. There's 17-year-old daughter Dora who blames Mo for, like, EVERYTHING and Peter who believes he's quite simply as darling and marvellous as his hero Oscar Wilde. Somewhere, keeping quiet, is Dad . . . who's just, well... Dad.

However, Mo is having a crisis. She's about to do something unusually wild and selfish, which will leave the entire family teetering on the edge of a precipice. Will the family fall? Or will they, when it really matters, be there for each other?
- Back Cover Blurb

My mother is, like, a totally confirmed A-list bloody cocking minging areshole cretin cockhead of the highest order.
- First Sentence; One: Dora (17 YRS)

But pray, keep it to yourselves do, for the very motto of The Enchantings is 'sempur arcanus' which denotes that we should never speak of it or otherwise perish for ever. I cannot perish. No, no. I have too much to offer, I am whole volumes in folio. I must not deprive the world of me, that would be nothing short of selfish.
- Memorable Moment; Page 53

MY THOUGHTS ... Hmm! It seems I'm fated not to enjoy novels written by comedians; Jenny Eclair's  Having A Lovely Time, Jo Brand's Sorting Out Billy, Steve Martin's The Object Of Beauty, Milton Jones' Where Do Comedians Go When They Die?: Journeys Of A Stand Up and now this, Dawn French's A Tiny Bit Marvellous; all of them disappointing.

Narrated diary style in alternating chapters by mother (Mo) who hardly interesting was instantly forgettable and her two teenage offspring, the utterly foul mouthed Dora; her swearing quite frankly gratuitous, I could have quite cheerfully skipped the chapters narrated by her (OK, I hold my hands up, I did skip a few. Oh! Who am I kidding? A lot, I skipped a lot of them) and 'wanna be Oscar Wilde' Peter. Now he had potential. More interesting (and less forgettable) than the other characters, I actually found him vaguely amusing. As for the father ... Dad though referenced to by the family throughout the book was nameless and largely voiceless (perhaps to the good of the story, perhaps to the detriment; I'm still not sure) until the latter chapters when he got to put in his 'two penn'orth worth' as my my nana was wont to say.

Credit where credit is due though. Well enough written. The various voices distinctive (if not necessarily believable), its obvious French knows these characters inside out and as such manages to juggle them well without losing that individuality. The fact that there are so many nods to popular culture (X Factor) and ways of speaking (Dora continually punctuating her sentences with 'like' infuriating whilst at the same time being one of the only believable things about her) making it very current though in the end something that could date it ... and quickly.

Posted by Felicity Grace Terry at 17:13

With your history, I guess I'd give up on comedian authors. Sorry this one didn't work either.

I agree about unlikable characters being appealing. Your impressions about novels being written by comedians is interesting. Perhaps novels are not an art form that matches well with the verbal style of comedians.

I'm sorry this one didn't work for you. Based on your criticisms, I feel sure it wouldn't work for me, either. Hoping what you're currently reading is more to your liking!

Sometimes the most unlikeable characters are the most interesting and well developed, I agree. I am sorry this one wasn't better for you. I haven't read a lot of fiction written by comedians. It's probably for the best.

Tracy,
I am sorry that this book did
not deliver for you. As well
as that I still agree with your
opinion about well written
characters in fiction, whether
these are sympathetic or not.
And thank you for your excellent
review.
Raven

Sorry this wasn't a more enjoyable read for you. Thanks for sharing your thoughts. :)
~Jess

Thanks for sharing your thoughts!
International Courier Service

I was a massive fan of French & Saunders, saw them live back in the day, and although Jennifer Saunders as gone on to do funny things (Ab Fab), I think Dawn French just isn't funny anymore. I know she did Vicar of Dibley but I watched about 5 minutes of her recent stand up routine and cringed. Her style of humour just hasn't stood the test of time. Sadly. Sounds like her books don't quite hit the mark either.