* A new middle-grade sci-fi novel from the author of Six
* A fresh, funny and heartfelt story about what it means to be human

Eric Young is the first child android to be trialled in society, but he doesn't know that. He does know that he s just moved to Ashland from London, so it s important that he makes new friends. Not just any friends, but the right kind the kind that would be interested in skateboarding and the new Slick trainers his Uncle Martin sends him. He's  already growing his social media presence, but he knows it s important to make friends in the real world too.

Danny Lazio doesn't have any friends, but he doesn't care about that. He would rather not be friends with someone like Eric, who's had seemingly everything handed to him. But when Eric takes an interest in Land X, Danny's favourite game, Danny thinks he might have found a real friend... if he can figure out the mystery behind Eric s sudden disappearances and strange lifestyle. As their friendship grows, it becomes harder to ignore the weird events that happen around Eric, from weekly dentist appointments to inexplicable medical mishaps. But uncovering the truth is an act that might cost them both, as powerful forces soon move in around them. 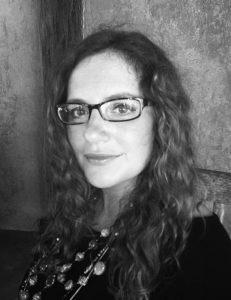 About the author: The daughter of South American parents, Monica Meira Vaughan grew up in Spain before moving to London at the age of five where she learnt English by watching Sesame Street and reading every Roald Dahl book she could get her hands on. On leaving school, and after a brief stint in public relations, Monica decided to train as a primary school teacher. She spent over ten years working in special needs, mostly with children with emotional and behavioural difficulties, before becoming a full time writer. Monica loves writing after midnight, building cardboard cities and playing Lego with her daughter. She lives in London with her daughter and their cat "Toto From Kansas".

DEAR PERSON READING THIS,
My name is Danny, and I need your help.
- First Sentence

"I'll bring over that case of beer next week," he said to Vito as Vito opened the door for him to leave, Slick's bags in one hand, the other holding up Slick's body on his shoulder.
"OK. I know I've had like ten minutes' sleep, so maybe I'm not reading this right, but was that as freaky as I think it was?
I nodded.
- Memorable Moment; Page 158


SOURCE ... Received with thanks from Alma Books

MY THOUGHTS ... Whilst I do keep some of them alas 'too many books not enough space' mean that I do find myself donating some books amongst which, begging to be read by younger readers than myself, are quite a lot of 'middle-grade' reads of which Slick is one. However too good a read not to keep this is definitely one for our shelves which is doubly surprising when you consider sci-fi isn't necessarily my 'cup of tea' ... but then this isn't necessarily what I'd define as sci-fi.

'Fresh, funny, a heartfelt story about what it means to be human' according to the blurb sent by the publisher, Slick is all of this and so, so much more.

A phenomenal story that captivated me from the off, Danny and Eric (nickname Slick) characters that stole my heart; Danny's little sister Hope (a child with Downs Syndrome) a lovely addition ... the fact that she comes to play a crucial role admirable in that it defies a stereotype.

In many ways its a timeless tale of friendship; of what it is to find someone you truly connect with only to find you don't really know them at all, of fitting in, of what its like to be bullied because you don't wear the right brands/hang out with the 'cool' kids, of the pain of loosing someone you care for and yet its given a terrific modern spin that today's young people will relate to.

Posted by Felicity Grace Terry at 14:51

This sounds wonderful. While my oldest granddaughter enjoys reading, her two younger half-siblings seem to prefer their electronics (don't get me started...). I'm hoping my newest grandson will grow up to enjoy books like this. Both of his parents are readers, so hopefully we can start him off right. ;)

SOme important topics there

Science fiction isn't my thing but my sister loves it so I'll tell her about this title.

Some of the best science fiction is based on their characters and relationships. It is also about topics that many people can relate to. The science and technology is sometimes just a vehicle for telling stories. This sounds like it fits the bill.

A book genre that isn't normally yours but you enjoy a lot to keep? Oh yea, you have my attention. I don't care if it is MG as long as it is a good story. Brilly review.

Well, this sounds wonderful! Normally, I'd pass this by because of age group and genre but your review makes me think I should give it a look.

Whist I have read a few YA and children's titles before, I do tend to only feature then as part of a publisher review request, simply because there are just too many books yadda, yadda, yadda!!

It wouldn't be quite so bad if I had little people in my life to share some of the lovely stories with, but right now they are just too small for that, so I am going to continue to pass on some of the really great YA books you regularly seem to feature.

'Slick' certainly also has fantastic cover appeal for the age group it is aimed at :)

Tracy,
This sounds like a wonderful and poignant
story of a friendship. Your enthusiastic
and excellent review convinced me to add
this book to my list.
Raven

sounds different and i do enjoy some middle grade reads. it's nice when you find one for your bookshelf
sherry @ fundinmental

I love MG reads and I need to try out more. I'm glad you enjoyed this one. I like that it focuses on friendship.

sounds like one I would enjoy. now have to wait to see if it get released in Canada.

Glad this is a book you feel can be enjoyed both by young male and female readers.

Your review is terrific--I want to read this book now!

You know, I really like the sound of this one! I too am not generally a sci-fi reader...but I've been known to dabble from time to time. Thanks for the share!

This one sounds very good and I like that the characters defy stereotypes.