My sincere apologies to the author for my lateness in posting my review, alas a hospital stay meant I was unable to post it before now. TT 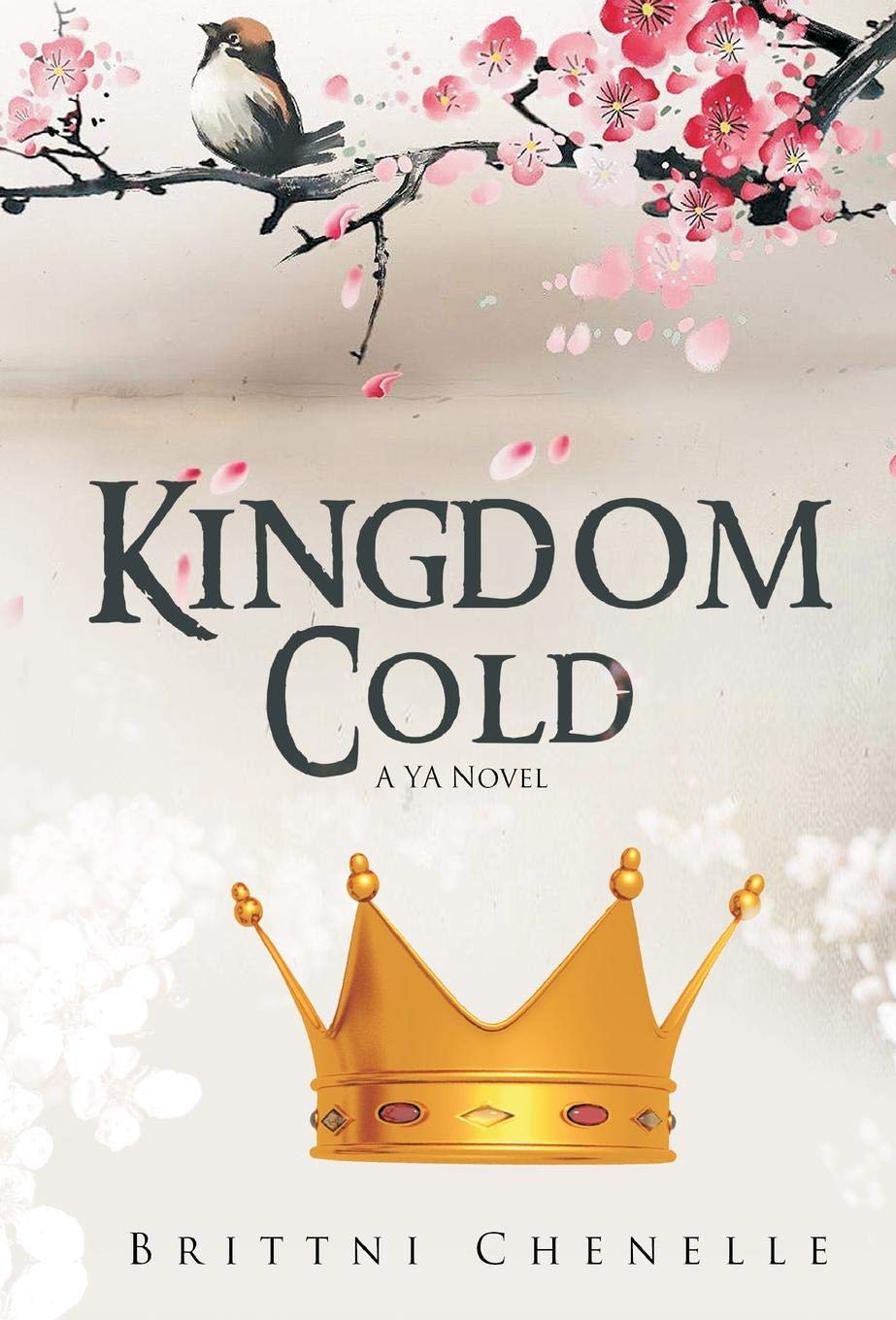 Attempted murder, that’s how sixteen-year-old Princess Charlotte's engagement starts. It seems like the only thing she has in common with Prince Young of Vires is their mutual discontent.

When her kingdom’s attacked, Charlotte’s parents renegotiate her hand in marriage to a handsome stranger with a sinister plan. With the people Charlotte loves dying around her, and her kingdom’s future at stake, the only person she can turn to is the prince she betrayed. But, should she save her kingdom or her heart?

One must fall.
- Back Cover Blurb

Minseo dropped his hand from his mouth, a crimson stream of blood flowing from his lip to his chin. His gaze cut into mine, a glimmer of sadness in his eyes that told me it wasn't my punch that hurt him most.
- Memorable Moment, Page 159

MY THOUGHTS ... Well! What a start to what promises to be a great series. Yes, though widely believed to be a standalone novel, Kingdom Cold is to be followed by what I believe to be two further novels; the first of which, Kingdom Soul, features Minseo (Prince Young's brother) as the main character.

Though with brief interludes in which we get to hear the points of view of several of the secondary characters (I use this term even though they are in fact every bit as well written as the main characters and thus hardly secondary at all) mainly narrated by Charlotte and Young.

I think stories told from different perspectives can be difficult to read (and I'm presuming by the number of books in which this doesn't quite work are also difficult to write) in that the characters are not always given a distinct voice; their stories often lost. Kudos to the author for pulling this off. I really enjoyed the dual male/female narrative though I'm not convinced that the other voices added much (if anything) to the story; the frequent switches in narrative meaning I felt I didn't necessarily get to know some of the character as well as I'd have liked.

A book that I found myself quickly and totally absorbed in. I thought the plot action packed and well paced with some totally unexpected twists and turns.

The world building  way better than many other books of this genre, my one niggle being the 'modern' dialogue didn't always sit well in what to me felt like a vaguely medieval setting.

Full of refreshingly  diverse characters, the fact that the author felt no need for fanfares announcing this, that it was a natural expression speaks volumes. The fact that I had found myself wondering if the main protagonists might have been more convincing if written as older than 16 year olds aside, I loved how they, Charlotte especially, were continually growing and developing; that we saw her grow from something of a spoilt brat into well, something of a feisty young woman satisfying.

An author I expect to go from strength to strength, I for one shall be certain to keep a look out for Kingdom Soul out June 15th.

Posted by Felicity Grace Terry at 17:20

Email ThisBlogThis!Share to TwitterShare to FacebookShare to Pinterest
Labels: A Novel (re)View, Older Teen/Young Adult Fiction, One For The Diary, Received for review, Science Fiction/Fantasy Fiction, Talking Of Books

While I don't read a lot of YA books, I do enjoy some, having just finished one for our book club and currently reading a Tiffany Aching story. This sounds like it might be good. I do like novels written from different perspectives, but prefer them limited to two or three voices. I'm glad it worked for you, overall.

The plot sounds particularly interesting. As you describe it, the character development also seems strong. People becoming more decent as they grow older is a simple, but realistic way for an author to go with characters.

Tracy,
From what you said in your review
this sounds like an absorbing and
interesting book, with memorable
characters who develop in a good way.
And thank you for your excellent
review.
Raven

Great to see your post come through my reader today. Hope you're on the way to feeling well.
Although this isn't a genre I gravitate toward it sounds like it was a winner for you. Great when that happens.

Glad you enjoyed it. I do hope you are taking care of yourself and are doing well!

Tracy,
Terrific review, as always! I'm glad you enjoyed this. :)