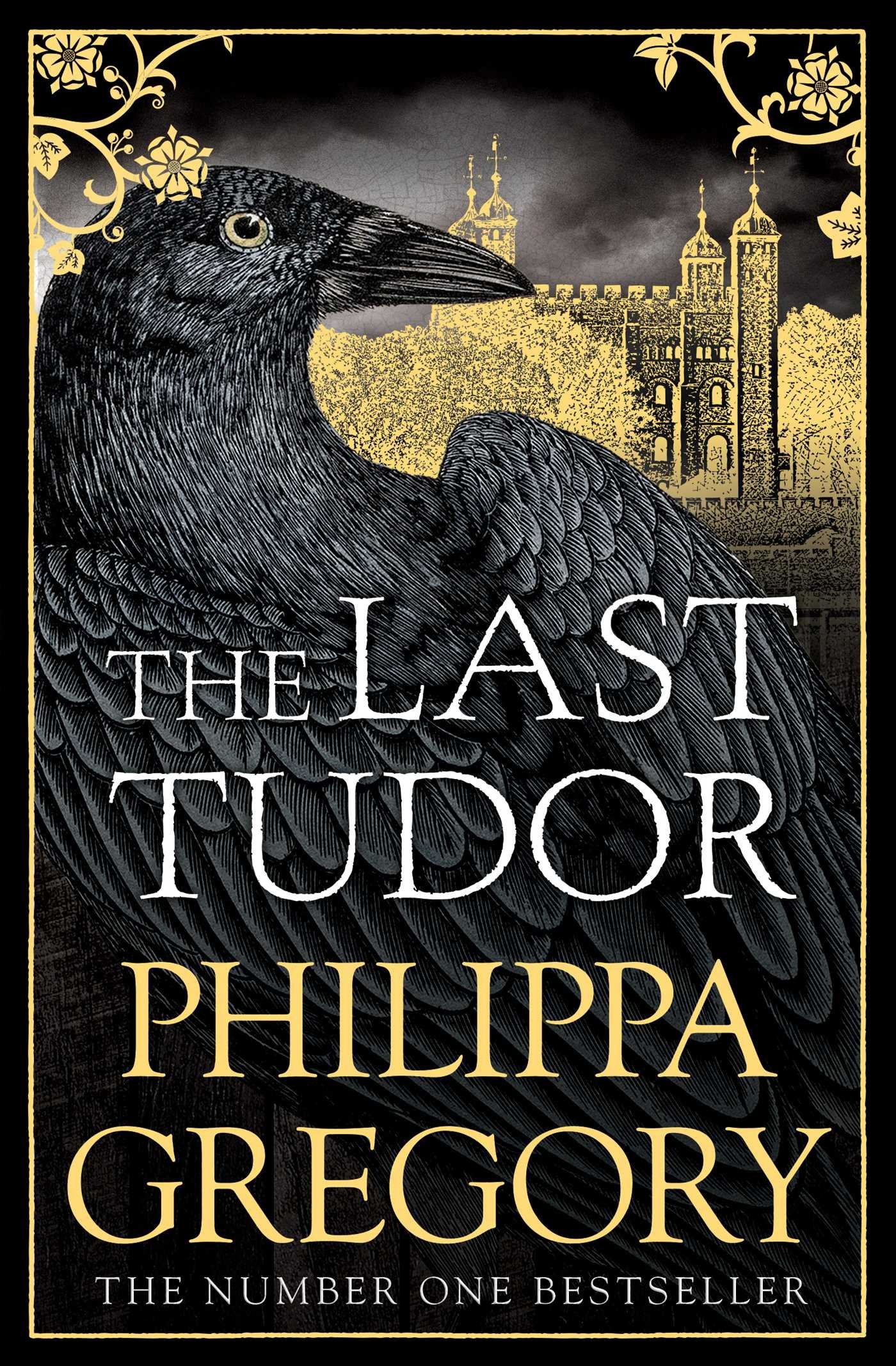 THE LAST TUDOR by PHILIPPA GREGORY.

Elizabeth's royal cousin Jane Grey is faced with the choice of death or denying her faith after being forced onto the throne of England. It is left to Elizabeth to measure the threat posed to her by the remaining Grey girls - the famous beauty Katherine Grey and her sister, a little person, Mary. Alternately befriended and snubbed, the two girls thrive as the queen's companions, learning to judge her moods and avoid her temper tantrums. But they each have a secret: Katherine is in love with an heir to the great family Seymour, and Mary with the queen's sergeant porter. They come to realise that Elizabeth will never allow either of them to marry for fear of a Tudor heir to the throne.

Their martyred sister's advice is clear. ‘Learn you to die,’ Jane wrote in her famous letter to Katherine. But Jane's tragic story and her fatal choice is only the beginning for her two beloved sisters ...
- Inner Front Cover Blurb
(Contains what some may consider spoilers, scroll over if you wish to read)

I love my father because I know he will never die.
- First Sentence, Book 1: Jane

We are like an army of ants trying to move a dead rabbit. We gather around her, pulling the puffs of the inner sleeves out through the ornate embroidered slashes, fastening the hooks and eyes, settling the gown over the farthingale and roll so that it rides high around her hips. When we fall back she says, "Shoes," and young Jennie goes down on her knees to tie the bows on Her Majesty's best shoes.
- Memorable Moment; Page 398

MY THOUGHTS ... One of those books that sits somewhat oddly in a series. Whilst this is in fact the 15th book to be published in the author's Tudor series, chronologically its the 14th book sitting as it does between book 13, The Virgin's Lover (read pre Pen and Paper) and, book 15, The Other Queen (awaiting reading in the New Year).

The tale of the three Grey sisters ... Jane; Queen of England for only nine days, Katherine and Mary.

Philippa Gregory is one of the authors whose books I simply have to have and yet, much as I enjoyed this book ...

At times feeling as if the author must have had a word/page count to be met and had thought 'Hmm! What can I do to reach X number of words/pages? Oh I know, I'll pad the story out by means of repetition ... and if that doesn't work, I'll go off at a tangent and dedicate a proportion of the book to other than the three sisters.'

Apparently of small stature (seemingly not much bigger than the Court's resident 'dwarf', Thomasina) and yet as pretty as any doll. The author having chosen to include Mary, a 'little' person of royal blood within the Tudor Court, added an interesting dimension given that all too often hers is a story relegated to the footnotes of history BUT told of her size; of her doll like prettiness continuously ... alas I found the writing of Mary a tad patronising.

Very much the villain ... OK so history tells us that  Elizabeth wasn't exactly, shall we say, the most benevolent of queens and that Katharine was a true beauty BUT I became increasingly saddened and angered by how much was made of these women's physical attributes (or lack of them); of the continual almost subliminal message that physical beauty equated 'nice'; plain/ugly equated, well, not so nice.

That said, despite any misgivings I may have had ...

A Court full of suspicion ruled over by a woman who here is portrayed as being equally as paranoid as her father, King Henry, before her. The Last Tudor drew me in as, each sister ... their destiny largely dictated by political expediency and the ever changing whim of their unforgiving cousin, Queen Elizabeth (oh and, of course not forgetting, the men of power behind the throne) ... took centre stage one after another in a novel that saw factual history interwoven with fiction; the author, despite your knowing there was a certain amount of poetical licence involved, convincing you that these events could have happened.

Posted by Felicity Grace Terry at 15:24

I like when a story develops the characters past their appearances, too. I'm well behind on my Phillipa Gregory reading when I will occasionally grab one on a whim at the library. I do enjoy reading her Tudors. Thanks for sharing your thoughts on this one, Tracy!

Were I to read on in Philippa Gregory's Tudor series, I'd definitely want to read this one. However, I might not go beyond those in the Cousins' War for now. (I'm currently reading the 4th in that set) I love her writing, but there are so many more books!

I really need to read Gregory. This series is indeed enormous. I would start at the beginning. I do not mind long books. I also do not mind tangents. The repetition might be a problem for me.

Like you- I read her books because she makes me believe the stories actually happened. She's a great weaver of history and imagination. Sounds like an interesting read. Glad you enjoyed it- even with the tangents and repetition.

Tracy,
Although I kept in mind what you said
about your objections but were still
drawn into Jane, Katharine and Mary
Grey's story. I think I would also
appreciate this book. Thank you for
your excellent and honest review.
Raven

Repetition drives me up the wall - but, since I still haven't read PG, I feel I must try one of her books at some point. Thanks for weighing in on this!

I do enjoy Philippa Gregory's tudor novels but that is too bad she was so focused on their appearances in this one. It still sounds like an interesting read. Great review as usual :) Enjoy your week!

I've read about the Grey sisters before and always meant to read more, but never got around to it. Sorry to hear that this one seemed a little padded. It's always annoying when an author seems more interested in word count than the story! But shout-out to Mr T for giving you books! My husband has given up, as I have a bad habit of buying them for myself. lol

I may have mentioned before I am not a huge fan of this author's, and so have not read too much of her work. I am glad you enjoyed this one, Tracy.

I love books that seem real and have become more of a character person since blogging. I don't think I've read any of Gregory's work.
sherry @ fundinmental