I'm so honoured, delighted and excited to be one of three bloggers (for the full list please refer to the bottom of this post) kicking off what promises to be a wonderful Blog Tour. My thanks to Faye of autoright for inviting me.

A new publishing house aiming to blend the great elements of traditional publishing with the best bits of self publishing ...

I have to admit I was amazed by the titles offered by Clink Street Publishing - details of which can be found here.

Titles such as The Adventures of Austin the Cornish Miner: The Rescue of the Dweeble Stone and I'm A Dragon You See (my reviews of which can be seen by clicking on the book title) and Katharina Luther. Nun. Rebel. Wife., which I chose to review as part of this tour ... the list goes on as you'll see here. 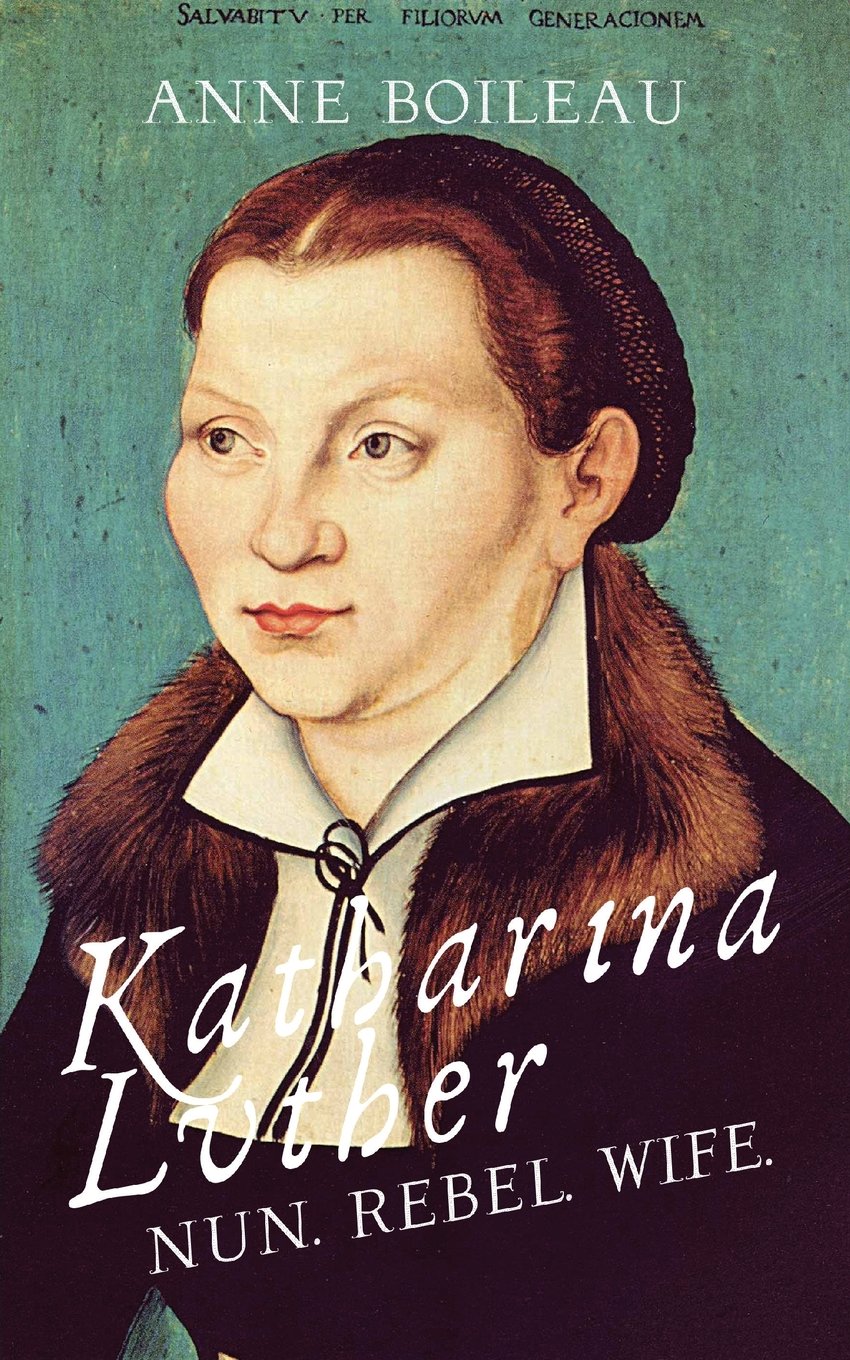 On 31st October 1517 Martin Luther pinned ninety-five theses on the Castle Church door, Wittenberg, criticizing the Church of Rome; they were printed and published by Lucas Cranach and caused a storm. Nine young nuns, intoxicated by Luther's subversive writings, became restless and longed to leave their convent. On Good Friday 1523 a haulier smuggled them out hidden in empty herring barrels. Five of them settled in Wittenberg, the very eye of the storm, and one of them - Katharina von Bora - scandalised the world by marrying the revolutionary former monk. Following a near miscarriage, she is confined to her bed to await the birth of their first child; during this time, she sets down her own story. Against a backdrop of 16th Century Europe this vivid account of Katharina von Bora's early life brings to the spotlight this spirited and courageous woman.
- Summary

Something hit me on the cheek and fell to the ground at my feet.
- First Sentence; Chapter 1: My Book

We have a beautiful new bed. One of the first things I did when we became betrothed and it was acceptable for me to come into the Black Cloister to make things ready, was to throw out Martin's bed; it was foul and stinking, no more than a sack stuffed with crumbled straw, covered with filthy greasy sheets. I pushed it out of the window into the yard below, ran downstairs and set alight to it with a taper from the kitchen range. It exploded into flames and the bedbugs sizzled and popped!
- Memorable Moment; Page 179

MY THOUGHTS ... Its takes some talent to bring a character as vividly to life as the author does this one. A talent that is borne out by the fact that its been quite some time since I last read a book in twenty-four hours and yet, whilst at 220 pages not exactly the longest of books, I found myself doing just that.

Set during a time of religious upheaval and change that saw the overturning of many long-held traditions and beliefs, Katharina Luther. Nun. Rebel. Wife. chronicles the life of a woman of a certain class who, a bit of a rebel, is sent to a convent at a young age to be reformed educated right up until the time she escapes and marries.

The sights, the sounds, perfectly depicted. The period detail, good. Monastic life; the rhythm of the seasons, faithfully explored. Katharina's feelings palpable as she struggles firstly with the regime of a 'religious' life and then, her (and the other nuns) cropped heads; their genuine distress at the “pungency” of men marking them out as runaway nuns; as fugitives, the possibility of marriage, of bearing a family now all too real, secular life.

A re-imagining rather than an autobiography but nevertheless a wonderful 'flesh-and-blood' account of a woman who is both of her time and yet ahead of it; of a woman who is respectful, as mindful, of her husband as the age she lived in and her class would have dictated and yet their's is a true coming together of minds; of a woman who is all too often overshadowed by her husband, Martin Luther, which is a shame as her story is a fascinating one in its own right.

And now over to Mr T for his thoughts ...

NJT - Occasionally I see a book of Tracy's that I pick up and read, as she does with mine and this one was not a disappointment. Having read some Luther during my theological studies; including a biography and the letters twixt he and Katharina I had gained the impression of a devoted couple, full of good humour, commitment and zest for life.  The authour I think has presented a clear account of this albeit in fictional account. The pictures painted of daily life and the political and social context in which they lived and worked are vivacious and educational. The elemental challenges to Christian ecclesiology wrought through the work of Luther are articulated in that context and lived through the characterisation of Martin and Katharina. Some deep theology, presented in practical, contextualised settings of debate and social conversations, as she records the story of her life, during her confinement awaiting the arrival of their first child.

MEET THE AUTHOR ... Anne Boileau lives in Essex. She studied German in Munich and worked as an interpreter and translator before turning to language-teaching in England. She also holds a degree in Conservation and Land Management from Anglia University and has written and given talks on various aspects of conservation. Now she shares, writes and enjoys poetry; her work has appeared in a number of anthologies and magazines; she has also won some awards, including First Prize with Grey Hen Press, 2016. She translates modern German poetry into English with Camden Mews Translators and was Chair of Suffolk Poetry Society from 2011 to 2014. 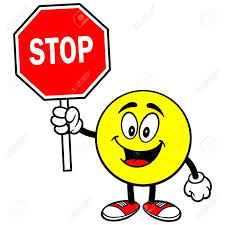 Posted by Felicity Grace Terry at 09:00

I had never heard of Katharana Luther before reading this post. She sounds like she was a fascinating character. This book sounds interesting. However, I would want to read some non - fictional history concerning its subject before reading it.

Greetings Tracy. Sometimes you just can't put a book down! Sounds like a good read as I'd like the Christian side that's included with being a Christian myself. Blessings. Love love, Andrew.

This book sounds very interesting, even though it's not a true autobiography. I'm glad that both you and Mr. T enjoyed it. Wonderful review!

You've convinced me. I first learned of Katharina in the film I watched about Martin Luther awhile back. When you told me about this book, I put in on my wish list, but wanted to see your opinion after reading it before getting it.

Excellent review (from both of you), the price is reasonable on Kindle, so I'm off to download it now. Thanks!

I love that you couldn't put this book down and read it in 24 hours. That says so much about it. I have heard about Martin Luther my whole life- but until now I had never heard of Katharana Luther. Sounds like a fascinating book. Thanks for putting it on my radar. :)

Great job kicking off what sounds like it's going to be a lovely tour. :)

Tracy,
What you said had already convinced
me to add this book to my list. Mr. T.'s
opinion just reinforced my decision.
And Katharina sounded like a very
interesting, strong and admirable woman.
Thank you for your enthusiastic and excellent
review.
Raven

Publisher, author, character and historical facts - all new to me I'm afraid to say - made me feel rather inadequate and needed much research before I returned to comment!

As this is technically historical fiction, rather than biographical, I can just tell that I would enjoy the social history narrative in particular.

Another for my 'want to read' list, thanks for sharing both your excellent reviews, it must be good to be able to share the occasional book :)

Congratulations to the author. This book sounds interesting and you gave a good review too.

While not my usual type of read, the fact that you couldn't put it down and read it within 24 hours makes me want to pick up a copy! I love books that grab you like that! And I loved hearing Mr T's opinion as well. Wonderful reviews!