AWARDS AND TAGS, MAKING A COME BACK?

A while since I've participated in Tag, I'd like to thank Tasha of Through Tasha's Camera along with the several FaceBook friends for including me in this
.... 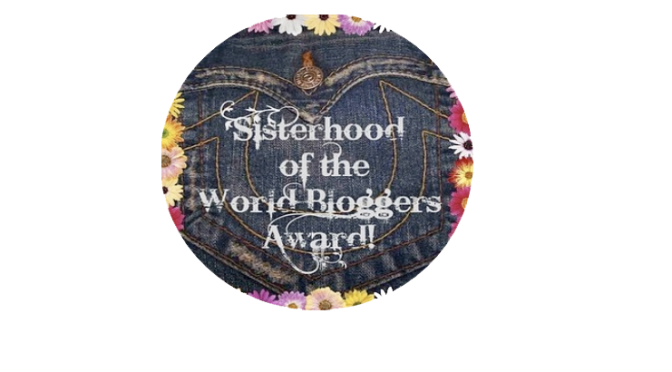 
And so onto the difficult part, my questions which, because not only are they good blogger buddies but I know they've played along in these tags before, go to ...

Posted by Felicity Grace Terry at 15:28


I thoroughly enjoyed your answers Tracy and can see you thought about them. Thank you for tagging me, excellent questions, which will take some thinking about, but I would love to participate and will do so asap, thank you!

I’ve been looking for your Twitter name, so I can follow you, but no luck so far. Of course, I might already be following you, but I’m not really sure (my poor old brain can hardly cope with it all hehe) I’ve just followed you on Pinterest, in case I don’t find you on Twitter. This is me on Twitter @MarchHouseBooks
Have a great weekend. x

Posts like this are always fun to read and I don't mind joining in. (it may take a week or so for me to get a post ready)

I enjoyed reading your answers and answering along in my mind, as well. You may remember I had a post once about "who would your guests be?" at a fantasy dinner party.

Posts like this can take a great deal of thought!

Lol you have great answers, Tracy. I especially like that mid-day kind of person one. And well done, Mr. T., for encouraging Tracy to start a blog!

I agree with Claudine--your answers are interesting and wonderful, and well written, too, of course! Have a terrific weekend, Tracy.

A riot as usual. I always have trouble coming up with interesting answers. ☺

It would indeed be interesting to get Bram Stoker's opinion on today's crop of dateable vampires. Somehow I would like to think that he would not approve.

Your answers were great! I was watching the original film footage of Emily Davison jumping out in front of the horse. It was in slow motion. It seemed to me that she knew exactly what she was doing. What a brave woman.

I may steal one set of questions! Or a mixture of both, I hope that's okay?

I loved your answers Tracy, and thank you for picking this up and doing a post on it too - much appreciated. I loved your answer to the space travel question - I would have answered with something from Star Wars too! And amethysts are gorgeous, you're right and Ancient Egypt would be my ideal time travel destination as well. - Tasha

What fun! I enjoyed reading your answers, Tracy. And you've given me something to think about with your own questions. :-) I loved your response as to which historical figure you would want to spend the day with. And, I agree, mid-day is the best time of day!