6 DEGREES OF SEPARATION #7: WE ARE ALL COMPLETELY BY OURSELVES.

'They say every person on the planet can be linked to any other in six or fewer steps BUT what about books?

Books can be linked in obvious ways - for example, books by the same author, from the same era or genre, or books with similar themes or settings. Or, you may choose to link them in more personal or esoteric ways: book you read on the same holiday, books given to you by a particular friend, books that remind you of a particular time in your life, or books you read for an online challenge.'

It's the first Saturday in the month which can only mean one thing. Yes, it's time for 6 Degrees Of Separation #7. 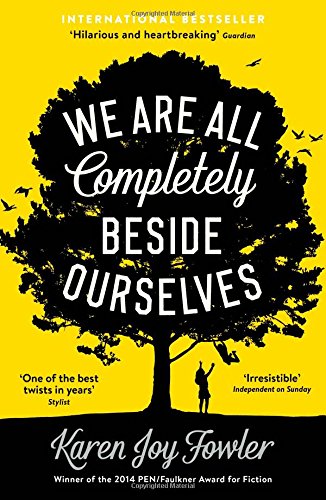 Rosemary's young, just at college, and she's decided not to tell anyone a thing about her family. So we're not going to tell you too much either, you'll have to find out for yourselves. round about page 77, what it is makes her unhappy family unlike any other.

Rosemary is now an only child, but she used to have a sister the same age as her, and an older brother. Both are now gone - vanished from her life. There's something unique about Rosemary's sister, Fern. And it was this decision, made by her parents, to give Rosemary a sister like no other, that began all of Rosemary's trouble. So now she's telling her story, full of hilarious asides and brilliantly spiky lines, it's a looping narrative that begins towards the end, and then goes back to the beginning. Twice.

Another book and author unknown to me and so far by far the hardest I've had to link up to but for me We Are Not Completely By Ourselves brings to mind ...

#1 THE MEMORY KEEPER'S DAUGHTER. Another story of a child, a baby girl, one of twins, born with Down Syndrome, gone, vanished from a family's life after her father makes the decision to place her in an institution.

#2 THE IMMORTAL LIFE OF HENRIETTA LACKS. Another story, this one true, of secrets kept from a family. Henrietta Lacks, known to scientists as HeLa, became a multi-million industry and one of the most important tools in medicine, her cells alive today in all four corners of the world  - something her family knew nothing of until two decades after her death.

#3 I AM LEGEND. Last read pre-Pen and Paper. The story of Robert Neville, seemingly the last living man alive on earth after a pandemic has seen the rest of mankind become vampire/zombie like creatures. This 1954 novel chronicles his daily life as he struggles to survive, researching the disease in the hope of finding a cure.

#4 HOW NOT TO MURDER YOUR GRUMPY. Far from wanting to murder 'cure' a zombie this fun filled guide sees the author seek a remedy for her GOM (Grumpy Old Man) by means of everything from Aviation through to Zumba via Molly Dancing.

#5 THE LITTLE OLD WOMAN WHO BROKE ALL THE RULES. Neither a man nor grumpy, this wonderful novel that takes many of the stereotypes about the elderly and turns them upside down sees seventy-nine year old Martha Anderson escape from her care home and rob a bank .... and that's only the beginning.

#6 THE ADVENTURES OF NANA BARB: LOST IN TIME. Another story of an elderly woman, this one, a grandmother of seven, great-grandmother of one, lost in time after her physicist next-door neighbour activates their new invention.

{NB Unless otherwise stated all of the books featured in this meme have been reviewed by myself on Pen and Paper.} 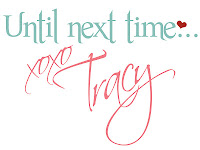 Popping in to say hello!
We Are Not Completely By Ourselves sounds interesting, nice job finding books related to it.
The first 3 on your list I have on my shelves, waiting to be read.

I think that when one runs into a book that is difficult to link up, then one tends to come up with the most interesting links!

I love such connections, especially if they really get our brain cells working.

I've not read any of the books you reference this time. I do remember the reviews for several, though. I know my husband read I Am Legend at one point, so it might still be around the house somewhere.

I haven't read any of these books. I'll have to read Karen's book.

I love this! The title How Not to Murder Your Grumpy certainly jumped out at me on that list.

Fun, fun, fun! I read The Memory Keeper's Daughter some time ago. You did a great job with this challenge once again, Tracy!

How fun! I haven't read the book you are connecting- but I did read The Memory Keeper's Daughter. Looks like an interesting list. :)
Jess

This is fun; it's interesting to see how vastly different books "match up" sometimes.

I haven't read any of your link books, However 'We Are All Completely Beside Ourselves' reminds me of a book I read some time ago, before my blogging days ...

'My Sister's Voice' by Mary Carter, tells the story of two sisters (twins), separated at birth because one of them is 'different' to the other!

I did write a short review for another social networking site I belonged to back then, I'll see if I can find it out and publish it.

I am not familiar with We Are All Completely Beside Ourselves, although I have heard of the author. I enjoyed reading the books you linked to it.

I read The Memory Keeper's Daughter years ago. And your #2 is on my to read list along with your #3.

I read The Memory keeper's Daughter some years ago and can't remember a thing about it. That's probably more a comment on my memory than the book though...

Henrietta lacks sounds really interesting, and I enjoyed I Am Legend, though the idea feels pretty hackneyed now, it must have been quite startling when it first came out.

Thanks for the reminder about The Memory Keeper's Daughter - I've had it on my Kindle for ages, haven't read it yet but this will prompt me :-)

We Are All Completely Beside Ourselves has been my favourite book this year - wonderful.

My old book club read The Memory Keeper's Daughter years ago, but the rest are all unread titles (including the starting book.)

Like you I had to make my first link based on other reviews I had heard about it.

Hi, I have only read The Memory Keeper's Daughter on your chain. Lots of interesting books!
Here's my belated list:
http://wp.me/p3dB1g-lz